“No matter what right is right and wrong is wrong!”

We were raised by parents, grandparents, aunts, uncles or whomever our guardians were not to do wrong but to do right. There are consequences for doing wrong and there is little to no recognition for doing the right thing. We were raised to do right, provided rules during our schooling and were taught laws of the land. The rules were enforced for those that elect to do wrong so why is there so much wrong doing in the world? Often times we make deliberate decisions that result in wrong doing and we attempt to justify our actions, nevertheless it’s still wrong! Excuses also come into play as we sometimes 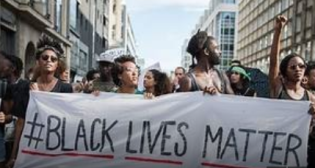 commit a wrong because a wrong was done to us first, nevertheless it’s still wrong. Are we slow to admit when we are wrong, well this is no better than not owning our mistakes. Do we learn from our wrong doings or do we shrug our shoulders and overlook the opportunity to right a wrong?

What would our world be like if everyone set out to do the right thing all the time unless they did not know what they were doing or saying was wrong. The key is what we decide to do once we know the difference between right and wrong! When we do the right thing there is inner peace and a sense of fulfillment. The more right we do the better our character is and those around us see the value in our ways. It’s rare that ambiguity exists when it comes to right versus wrong, right is right and wrong is wrong. We must be the example to our children and not say do as I say but not do as I do. We all have a mutual responsibility to do the right thing as much as possible while learning from our missteps. If we focus on right we can all positively influence the world we live in.

“This was written earlier this year and I have not altered it to demonstrate that regardless of today’s climate we ALL need to do RIGHT!”